Swedish playwright August Strindberg is recognized as one of the most important contributors to what is referred to as modernist movement in European theater. Much of Strindberg’s work was experimental. He wrote during a time when theater as a medium was being reevaluated all over Europe.  Strindberg’s earliest successful plays were written in naturalistic style. Naturalism was first propagated by writer Emile Zola, and put in practice by Andre Antoine, French theater producer and actor. Strindberg’s play Miss Julie is one of the finest examples of dramatic naturalism. In Miss Julie Strindberg treats socially forbidden topics realistically and bluntly.

After writing a number of naturalistic plays, Strindberg became interested in the occult and in workings of the unconscious mind. He created plays that feel like dramatized dreams. Strindberg’s dream plays can be described as expressionistic and surrealistic, though these genre names were not used for his plays in his lifetime. Expressionistic plays don’t concentrate on telling stories. Instead, they explore spiritual suffering and transcendence of material existence.  Put in simplest terms, surrealism makes dream imagery accessible to us while we are awake.

I graduated from Yale School of Drama in May 1977. I was asked to become resident costume designer at Yale Repertory Theater shortly after.

My first truly professional project was The Ghost Sonata directed by Andrei Serban. In early 1977 Serban directed a landmark production of Anton Chekhov’s The Cherry Orchard at the Lincoln Center for Performing Arts in New York. This production, which starred Irene Worth and Meryl Streep, was nominated for America’s highest theater award, Tony Award. In 1977 Andrei was, as they say, the toast of New York. His picture was everywhere; directing offers poured in. Robert Brustein, the artistic director of Yale Repertory Theater was adept at getting the hottest artists in New York to direct at Yale Rep. This resulted in a remarkable opportunity for me. The Ghost Sonata has a small cast so I was able to concentrate on every detail of each costume. This was very fortunate because Serban was (and continues to be) a very demanding director. My experience in working with him (on The Ghost Sonata, Sganarelle and La Traviata) played a large role in my development as an artist. 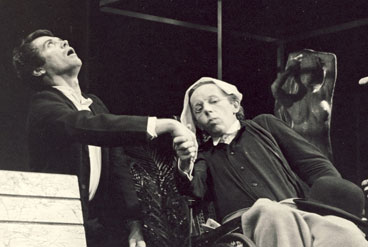 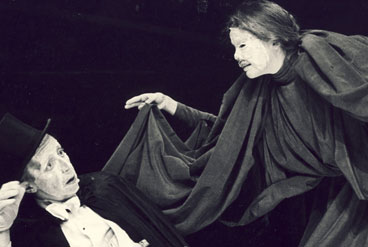